Pulled From The Barren Landscape of What Was Once Music Television: Two Gems

April 02, 2006
I've complained before about the lack of videos on channels that were created for the sole purpose of airing videos. Most of the time, if I want to see any vids I have to check them out online. (Hooray for You Tube...even if the quality of some of the videos isn't always the best.) However, I managed to catch some videos on VH1 the other night, and while most of them made my eyes glaze over (like the new Bo Bice video which is kind of a modified version of the Bon Jovi, "It's My Life" clip), there were two that I really enjoyed...

Pink - Stupid Girls
I've always liked Pink because she's not the standard bimbette that Top 40/MTV likes to shove down our throats. But I like her even more now because she's taken aim at said bimbettes with this song and video that totally lambasts the current teen-pop sensations, as well as the airheads who walk the streets with the rest of us normals on a daily basis. The video is pretty funny, with Pink doing spot-on imitations of Jessica Simpson in her car-washin' boots and Lindsay Lohan speeding down the highway, chugging latte and plowing into pedestrians. The lyrics to the song are great, too, with a theme that can be pretty much summed up by a line in the chorus: Maybe if I act like that, flipping my blonde hair back/Push up my bra like that/I don't wanna be a stupid girl. It's sad to think though that a lot of the same girls who love this song are also the very girls that she's singing about. They just don't pay attention to the lyrics. Well, what can we expect? They're stupid! 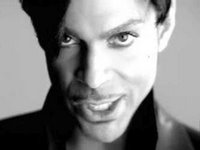 Prince - Black Sweat
Oh, Prince. How I love that shorty. I haven't been super-jazzed about much of his recent stuff, but I heard this song for the first time this morning and I am HOOKED. It sounds like old-school Prince, all done in that falsetto that I love. The video is nothing fancy, but still cool. It almost reminds me of the video for "Kiss", because it's just Prince kind of strutting around, singing and making doe eyes while some scantily-clad chick dances around him. The chick here is Tamar, Prince's newest protege. This guy has more proteges than Mazda. I like Tamar...she's not the typical, rail-thin video vixen. She's got a little junk in the trunk and some muscular legs. She might be a tiny bit thick through the middle. You know, she's a NORMAL girl. And the woman can dance. I'm not sure how a black sweat differs from a white sweat, but I'm starting to think the power of dance is within the black sweat. Because I was dancing around at my friend's gig last night and definitely sweating, but if anyone happened to capture my "dancing" on tape, it would probably end up on America's Funniest Home Videos rather than VH1. I'm not as bad as Elaine from Seinfeld. I can at least stay on the beat. Maybe I just need Prince to take me under his little wing.
MTV music Pink Prince VH1 videos

Les Becker said…
I so miss the Prince from his "pre-Symbol" era. Hasn't been quite the same since. "U Got the Look" /w Sheena Easton takes me straight back to the days when a little fashion and makeup sense could have given ME "the Look". Alas.... those days are done.
4/03/2006 1:20 AM

Anonymous said…
I love the Prince song too.

And I LOVED on the Kids Choice Awards this weekend (watching with kid and not of my own accord) when Pink sang Stupid Girls RIGHT AFTER Lindsay whatever got her award. PRICELESS.

Anonymous said…
Youtube is wonderful. So wonderful it's only a matter of time before the attorney general shuts them down like Napster.Bastard.
4/03/2006 7:16 PM

Brooks Brown said…
here here .. I like Pink a lot. When I hear this song on the radio, I always think of Paris Hilton and Nicole Richie -- two stupid girls who haven't done anything to be famous except be born to rich parents.

Alecia said…
I've heard Pink's song but not seen the video. I too, shall be on the look out.

Brooks Brown said…
I have to share this little pop culture nugget with you. Let's hear it for primitive animation -- YEA!

Neo said…
Becky - Oh man, that Pink video is funny as hell. I didn't see it until you mentioned it. Thanks!

Lavinia said…
I saw the making of Stupid Girls and the whole video afterwards on Friday. Its hilarious! That girl has some guts. "Whatever happen to a female president? She's dancing in the video next to 50cent" haha priceless.

My favourite sequence has to be the Lohan bit where she's talking while driving and having coffee and people are falling all over her car.

Yeah, so Phillip Phillips was crowned the American Idol about an hour ago. Everyone knows this. And some of us *ahem* predicted it quite some time ago. It was fairly anti-climactic. And even though Phillip(s) won the competition, he didn't win the NIGHT. Not by a long shot. The real winner(s) of the American Idol Finale are Fantasia + Mantasia. Together at last! Their version of Elton John's "Take Me to the Pilot" (henceforth known as "Take Me Take Me Yeah Yeah Yeeeeeeah Whooooaaaaaa Yeah to the Take Me Take Me Yeah YEAAAAAAAAAAAAAH Uhhhhh Whoaaa Ohhh Mmmm Huh Yeah Yeah YEAH") was the g-d funniest thing I've seen/heard in a long-ass time. Oh man. The wailing. The grunting. The growling. The wailing. The costumes. (Apparently there isn't enough fabric in the world to cover Fanny's legs.) The jerky dance moves. The wailing. Fantasia's weave. The way they got cut off at the end for refusing to shut up. The wailing. I only wish that Lord Cowe

Like the goop that's always accumulating in the corners of our eyes, the following news items are curiously fascinating: TomKat is Officially Off the Prowl - Tom and Katie got married. Oh, thank God. With Britney and K-Fed calling it quits, my faith in true love was starting to deteriorate. O.J. Simpson Hypothesizes on Committing Homicide - For anyone left on Earth who still believes that Juice is innocent, listen up. There are a few things you should know. Bill Gates isn't giving away $1 million for every email you forward, mixing pop rocks with Coke won't make your stomach explode and The Blair Witch Project was a fictional movie. Emmitt Smith Wins the Not-so-Savage Ballet - The former Dallas Cowboy beat out D-list cheeseball, Mario Lopez, to win the Dancing with the Stars championship. What did Emmitt get for his blood, sweat and tears? A gaudy, clunky mirror ball trophy! Boy, those three Super Bowl rings must look like gumball machine prizes next to that ba