Sonic Sunday Thursday: My Favorite Songs of the Decade

Tonight we ring in a new decade that will, hopefully, be full of great music. But before we say hello to the...uh...Tens (boy, we need a better name than that for the new decade — someone think of something quick), let's take a look back at the tunes that helped get me through the Naughties.


I must preface this list by explaining that it's probably not THE MOST ACCURATE representation of my favorite songs of the last ten years. But the problem I ran into when making this list (besides the huge headaches and heartburn) was that the bulk of the songs I picked were coming from the last two or three years. (Probably because my attention span isn't what it used to be.) Since I wanted to highlight what was good about each year without giving myself more gray hairs than I already have, I had to impose some rules.

Rule #1: All songs had to have been released as singles. It doesn't matter if they charted or were only released in the UK; as long as they were singles, they were eligible. (The non-singles I mourned for most were The New Pornographers' "The Bleeding Heart Show" and Pearl Jam's "Thumbing My Way." Let's all bow our heads in remembrance of these fine songs.)

Rule #2: Only one song per artist per year allowed. Obviously, Pearl Jam is going to show up on this list more than once, but they can only be represented by one song in each year that they had an eligible single.

Rule #3: The third rule is more of general method for selecting songs. I wanted a fair representation of each year between 2000 - 2009, so I picked my five favorite singles from each year, ranking each group of five in order of preference. Then I ranked all the #1s, all the #2s, etc. until I came up with the final ranking order.

Like I said, this isn't a perfect science, but it was the easiest way I could think to take on an entire decade of music. And if someone gave me a CD with these 50 songs on it, I'd be pretty happy.

*The one and only good song this band of douchebags ever put out.
**Oh, I am dead serious. Don't even start.

katrocket said…
Niiiice. Santa put an iTunes gift card in my stocking, and there's some great stuff on your list that I'll go and buy later. The record industry really should send you flowers. And candy. And Eddie Vedder.
1/01/2010 10:31 AM

Barbara Bruederlin said…
Nicely listed. The amount of work that must have involved makes even the head of a list junkie like me EXPLODE!

McGone said…
Nice placement for PJ Harvey. "Stories from the City..." is a great album.

I love Kings of Leon, and "Use Somebody" was my original favorite on "Only by the Night," but I can't listen to it for a few more years at least. In fact, I've been going back to the "Aha Shake Heartbreak" and "Because of the Times" discs lately. Man, when that band finally broke stateside, they broke big.
1/02/2010 2:07 PM

2. I am a HUGE Springsteen fan, but I thought the entirety of The Rising was crap.

3. We might be the only two people to pick "Harder To Breathe" as the best Maroon 5 song, but we are right.

4. You correctly picked the best U2 song of the decade!

Claire said…
You might or might not see two comments from me; I'm having technical difficulty. This is an outstanding list (by which I mean that I'd have chosen many of these songs for my list, if I had one). Happy New Year!
1/02/2010 10:46 PM

rcubed said…
my dream is to be able to embed songs all cool like this on my blog. If only my passion for music trumped my incredible laziness.
Great list, good to see Pete Yorn and Ryan Adams on there.
1/03/2010 10:17 AM

Andy - Instafather said…
No Radiohead, but still a lot of great songs; Bootylicious- now I know you didn't hold anything back if you included that.

Anonymous said…
I have only one thing to say. You want to do it with the hairy one from Supergrass.

Richard said…
Great list! I hate to admit it sometimes, but Without Me is a truly amazing song.

Red said…
The only Kelly Clarkson song I've ever really liked is "My Life Would Suck Without You." 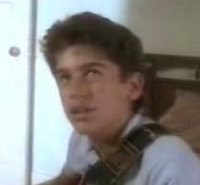